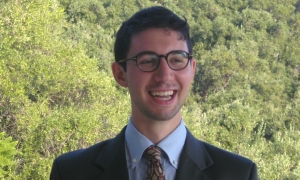 The UK Supreme Court’s judgments in the conjoined appeals of Futter v Futterand Pitt v Holt clarifies the law relating to the rule in Hastings Bass and defines the grounds for rescinding a voluntary disposition on the basis of mistake.

In the Futter appeal, Mr. Futter and Mr. Cutbill, as UK-resident trustees of two settlements, had distributed the whole capital of the first settlement and substantial sums from the second settlement in the exercise of powers of enlargement and advancement. Having failed to adequately consider the capital gains tax liability triggered by these dispositions meant that the appellant incurred a substantial tax liability on the disposition from the first settlement. Thus, the trustees applied to have the dispositions declared void on the basis of the rule in Hastings-Bass.

In the Pitt appeal, the £1.2 million damages received by the victim of a road traffic accident were settled in a discretionary settlement on the advice of a firm of financial advisers. The advisers had overlooked significant inheritance tax consequences, so that on the victim’s death in 2007, the personal representatives sued to have the discretionary settlement set aside on the basis of the rule in Hastings-Bass or rescinded on the ground of mistake.

A unanimous Court of Appeal had allowed HMRC’s contentions on the basis that the rule in Hastings-Basswas not applicable where the trustees had acted reasonably in reliance on what they supposed to be competent professional advice. The Court of Appeal also dismissed Pitt’s claim to rescind the transaction on the basis that a mistake as to the tax consequences of a disposition was not a permissible form of mistake.

The Supreme Court was asked to consider two principal issues:

The rule in Hastings-Bass is an equitable principle derived from the judgments of In Re Hastings-Bass deceased [1975] Ch 25 and Mettoy Pension Trustees v Evans [1990] 1 WLR 1587. It allows a court to remedy the trustees’ failure to perform their fundamental decision-making functions. The principle had been traditionally worded as allowing a court to intervene “where trustees act under a discretion given to them by the terms of the trust, in circumstances in which they are free to decide whether or not to exercise that discretion, but the effect of the exercise is different from that which they had intended… [to an extent whereby] it is clear that they would not have acted as they did had they not failed to take into account considerations which they ought to have taken into account, or taken into account considerations which they ought not to have taken into account” Sieff v Fox [2005] EWHC 1312 (Ch).

The Supreme Court held that to invoke the rule in Hastings-Bass there must be a breach of fiduciary duty by the trustees. In particular, the Court was unwilling to impose a “form of strict liability on trustees who conscientiously obtain and follow, in making a decision which is within the scope of their powers, apparently competent professional advice which turns out to be wrong.”

Given that the trustees in Futter and Pitt had acted in reliance on apparently competent professional advice, there was no breach of fiduciary duty and both appeals were dismissed on the Hastings-Bass issue.

Rescission of voluntary dispositions on ground of mistake

With respect to rescission for mistake, the Supreme Court held that dispositions may be invalidated by equity in exceptional circumstances. The Court clarified that the relevant inquiry is whether there is a “causative mistake of sufficient gravity.” This standard is met when “there is a mistake either as to the legal character or nature of a transaction, or as to some matter of fact or law which is basic to the transaction.” In this way, the Supreme Court has overruled the distinction between mistakes as to the effect or mistakes as to the consequences of a particular transaction (a distinction which had been introduced by Millett J in Gibbon v Mitchell [1990] 1 WLR 1304.) The Court concluded that the facts of the Pitt case satisfied the newly formulated standard for rescinding transactions on the basis of mistake.

The Supreme Court’s pronouncement is helpful in clarifying the precise ambit of the Hastings-Bass rule and of rescissions on the ground of mistake.

Given prior judicial comments on the Hastings-Bassrule,1 it seems hardly surprising that the Supreme Court has taken the opportunity to significantly restrict the rule’s operation. However, this does not mean that beneficiaries of a trust in which dispositions have been inadequately structured will have no resort to legal remedies; the proper resolution in these cases is a professional negligence claim against the advisers.

With regards to mistake, the Supreme Court paves the way for equitable case-by-case assessments of the facts discarding prior formalism. While this may hinder the principle of legal certainty, it follows from the “general disinclination of equity to insist on rigid classifications expressed in abstract terms.”