The Responsibility of Legal Scholars in the Italian Banking Crisis 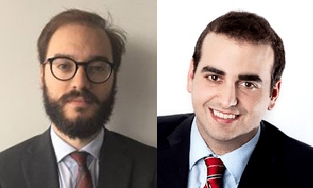 [*] It is generally accepted that the current Italian banking crisis is the result of three main factors: (i) the flaws of the regulatory framework for Italian banks; (ii) the failure of the supervisory action of competent authorities; and (iii) the failure of the corporate governance system of Italian credit institutions.[1] This articles shows that all of these factors can be summarized in a single one: the lack of education, action and expertise of those people in charge of regulating, supervising and managing Italian banks. The question, then, turns to the origins of this problem.

While the lack of effective supervisory action by bank managers, supervisors and other ‘gatekeepers’ may be due to several issues (e.g., conflict of interests, political incentives, compensations, etc.), the lack of education and expertise seems to have a more concrete origin: the way managers, regulators and financial supervisors have been educated. Most of them hold law, economics or business degrees.[2] Those with economics and business degrees usually have a better sense of the role that financial markets play in the real economy, and how regulation may solve some market failures (e.g., externalities, asymmetries of information, market powers, etc.). Nevertheless, they do not usually have – at least, as part of their general training in economics and business – a strong background in financial regulation. Thus, even though their training in economics and business helps them understand the economic principles behind regulation (not only in financial markets), they are not generally taught the specific tools usually existing to deal with failures in financial markets (e.g., capital requirements, macroprudential regulation, corporate governance, banking resolution, consumer protection, etc.).

Those with law degrees, on the other hand, have a great sense of the applicable law governing banks and financial contracts, but, as the result of the way law has been traditionally taught in Italy, Germany, Spain, France and many other civil law countries, lawyers are usually trained only on how the law is, and not how the lawshould be. Therefore, instead of developing a critical thinking of the law (i.e. why the law is designed in one way or another, or how legal rules may impact on people´s behaviour), lawyer in these countries usually focus on describing the law and analysing thenature of legal institutions.[3] Moreover, a traditional law course on banking law in many civil law countries is usually biased toward the legal nature of financial contracts and institutions. Therefore, instead of focusing on key aspects of financial regulation such as capital and liquidity requirements, resolution strategies for banks, or banking governance, law courses in these countries generally cover less relevant aspects for financial stability such as the letters of credit, the interpretation and legal nature of anatocismo, the meaning of financial activities, or the legal differences between financial institutions (e.g., banks, cooperative banks, etc.). Thus, while this training and legal methodology may be useful for practitioners, it definitely fails to train financial regulators, supervisors and managers.[4]

Therefore, if economists do not have strong training in financial regulation, and lawyers are not provided with the tools and critical thinking required to regulate, supervise and manage banks, there is an issue that affects the core problems of the Italian banking crisis, that is: (i) the failure of the regulatory framework for Italian banks; (ii) the failure of the supervisory action of competent authorities; and (iii) the failure of the corporate governance system of Italian credit institutions.

In our opinion, a great part of this problem is explained by the way legal scholarship is conducted in Italy. As in many other civil law countries – deeply influenced, by the way, by the Italian literature– most Italian legal scholarship is descriptive, mainly focused on what the lawis and not what the law should be. With a few exceptions, most legal contributions in Italy just provide a descriptive analysis of current laws, case law or other scholars’ thoughts. Moreover, in the specific context of financial regulation, this descriptive analysis does not even include the analysis of key concepts and regulations to prevent financial failures. Instead, it focuses on some old-fashion debates and doctrinal analysis mainly related to the legal nature of financial contracts and institutions.

As one of us has recently argued in an article about the reasons and economic implications of the lack of innovation of Spanish legal scholarship,[5] there are several factors that may explain why legal scholars just focus on descriptive and doctrinal analyses instead of focusing on making novel contributions that could improve the legal system and therefore people´s well-being.

First, the innovation process requires a deep investment in getting to know not only the local debate, but also – and very especially – the international literature and the contributions made in other disciplines with potential impact in the law – such as economics, finance, psychology, and sociology. Moreover, if these latter contributions are not known by legal scholars, there is a perverse effect on the system: the ‘universe’ of total knowledge for the legal researcher will be significantly smaller. Hence, the subjective perception of knowledge for the researcher will be greater (since he thinks he is closer to the ‘total knowledge’). Then, he will have more incentives to think that he is an expert in the field – and of course, ‘experts’ do not need to make further efforts to invest in new education and knowledge.

Second, the hierarchical structure of the legal scholarship in Italy – as it happens in Spain – confers a lot of power and influence to those professors in the highest level of the academic career.[6] Therefore, not only they will have incentives to preserve the status quo, but they may also deter young researchers from pursuing a different type of legal scholarship.

Third, the current system does not encourage the production of novel contributions. On the one hand, professors are not usually assessed based on the novelty of their contribution but on the number and influence of their publications. On the other hand, there is a lack of criticism in the Italian legal scholarship, and “scientific” law journals in Italy do not usually reject merely descriptive works. Finally, descriptive publications (such as textbooks and commentaries) usually affect the opinions and education of lawyers and judges. Therefore, legal scholars will have incentives to make descriptive publications, taking into account that these publications can provide them with a greater reputation, influence, and economic returns.

After the significant investment in time, knowledge and languages required to become familiar with the national and international literature, the innovation process requires a second stage in which the researcher shall perform a critical analysis of the ideas just learnt.

First, this critical analysis must include a functional analysis of the legal norms and institutions, where the researcher must: (i) critically explain why a legal institution exists (if it should exist) in a particular jurisdiction; and (ii) analyze the problem that the law seeks to solve or the outcome that a legal provision seeks to achieve.

Second, the researcher must conduct an economic analysis of laws, that is: (i) the researcher should analyze the potential impact of laws on people´s behavior; (ii) the researcher should analyze the impact of law on people´s welfare (what it will mainly depend on how the law will affect people´s behaviors); and (iii) finally, the legal scholar should assess whether there are more economically desirable alternatives to achieve the same outcome sought by a particular legal provision or institution.

Third, wherever possible, the legal researcher must also conduct an empirical analysis of the law with the purpose of assessing, from an objective and ex post perspective, the impact of the law. Thus, it will be easier to draw conclusions for future reforms.

Finally, legal studies should be done from an interdisciplinary perspective, adding studies, tools, and methodologies and contributions from other social sciences such as economics, psychology or sociology. After all, if the law seeks to provide a set of rules that are meant to affect and improve people´s lives, it would be illogical to omit, in the legal analysis, the way people behave or may behave – and this is something that we know from economics, psychology, sociology, and empirical studies.

As a result of the large investment and opportunity costs associated with making novel contributions as well as the greater benefits potentially generated by descriptive publications, legal scholars will have incentives to keep doing these descriptive works, at the expense of the improvement of legal system and society as a whole. Therefore, while most citizens, politicians, and even scholars only blame banks, supervisors and managers for the failures of the Italian banking system, we believe that a great part of the problem should be explained by the lack of proper education and expertise of those people in charge of regulating, supervising and managing Italian banks – and legal scholars play a key role on that.

Hence, it seems crucial to reform the way banking law and securities regulation is taught in Italy and many other civil law jurisdictions, and, more generally, to change the way legal scholarship is thought in these countries.[7] Otherwise, not only the Italian system will be more exposed to future crises but, as it has been argued for other countries such as France[8] and Spain[9], this descriptive and doctrinal analysis of law will also harm the competiveness, innovation and growth of the Italian economy.

[*] Luca Amorello is Teaching Fellow & LLM Candidate Harvard Law School and PhD Candidate in Law & Economics of Money and Finance, House of Finance – Frankfurt. Aurelio Gurrea Martínez is Fellow of the Program on Corporate Governance and Teaching Fellow in Capital Markets and Financial Regulation at Harvard Law School & Executive Director of the Ibero-American Institute for Law and Finance.

[2] For example, 23% of the members of the board of directors of Monte dei Paschi di Siena studied law, 61% studied economics and business, and 16% studied something else. Meanwhile, only the 38% of them have advanced degrees. If we look at the figures of the supervisor, four members of the Governing Board of Banca d’Italia have degrees in economics while one member graduated in mathematics.

[3] Fortunately, thanks to a number of Italian legal scholars with a more international and interdisciplinary background the situation is starting to change.

[6] This point was mentioned by Professor Gabriel Doménech in a very interesting study about the reasons behind the lack of innovation in Spanish legal scholarship. See Gabriel Doménech (2016) Que innoven ellos: Por qué la ciencia jurídica española es tan poco original, creativa e innovadora, Indret, available at http://www.indret.com/pdf/1228_es.pdf. For an analysis of the lack of innovation in European legal scholarship, see Thomas S. Ullen and Nuno M. Garoupa, The Market for Legal Innovation: Law and Economics in Europe and the United States, University of Illinois Law and Economics Research Paper No. LE07-009, available at https://papers.ssrn.com/sol3/papers.cfm?abstract_id=972360.

[7] Agreat guidance for the design of this course can be the new book on financial regulation from a comparative and functional approach published by a group of leading scholars from Oxford and Columbia: https://global.oup.com/academic/product/principles-of-financial-regulation-9780198786474?cc=us&lang=en&